About The Fitzgerald Law Firm, P.C. 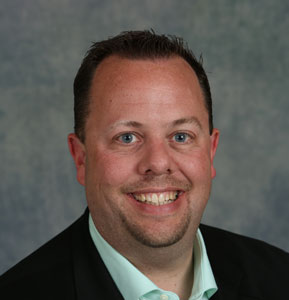 A gifted and aggressive lawyer, Daniel P. Fitzgerald focuses on preparation and organization as the keys to delivering quality legal services to his clients, from drafting of contracts to successful completion of real closings to complex civil litigation.

Dan has built a successful practice that emphasizes a practical, results-based approach which always places the best interests of his clients as the top priority. Dan’s experience is considerable, having obtained his license to practice law in 1999 and engaging in full-time practice continuously since that time. Dan gained valued experience as an associate attorney with respected firms in Naperville, Illinois and Downers Grove, Illinois in various areas of concentration prior to establishing a solo practice. Dan began The Fitzgerald Law Firm, P.C. in early 2003 and the practice flourishes today with a mix of established clients and new clients who find Dan through multiple avenues, including this website and other advertising means, as well as contacts through the local business community and word of mouth referrals.

Dan has represented clients in circuit courts across the State, most commonly in the circuit courts of Cook, DuPage, Grundy, Kane, Kankakee, Kendall, Lake, McHenry and Will County, and has successfully prosecuted appeals in the Second and Third District Appellate Courts in Illinois.

Stacey has been with The Fitzgerald Law Firm, P.C. since its grand opening in February, 2003. In her position as Paralegal, Stacey is responsible for all aspects of the day-to-day operations of the firm, including scheduling, monthly client billing and file organization and maintenance.

Stacey’s educational background includes an associate’s degree in early childhood education from Oakton College, award recognition on the 1995 National Dean’s List and membership in Phi Theta Kappa in 1995, as well as being a licensed Emergency Medical Technician (EMT). Prior to entering the legal field in 2002, Stacey worked for several years in the education and medical fields, including positions within two major hospitals in the western suburbs of Chicago. Stacey worked for a law firm in Downers Grove, Illinois beginning in 2002 and is now pleased to be a major part of The Fitzgerald Law Firm, P.C. Stacey is a member of the Illinois State Bar Association, the DuPage County Bar Association and the National Federation of Paralegal Associations.

Stacey graduated from Harper College in 2011 with her A.A.S. in Paralegal Studies and is a member of the Illinois Paralegal Association.